The Book of Ra is a slot game by Novomatic that became one of the most popular games in gaming history. It’s loosely based on the Indiana Jones movie and ancient Egyptian culture, and this game has been entertaining gamers for years. With its delightful graphics and captivating sound effects, this game will keep you happy for hours!

Do you love playing slots? Do you want to play the best free slots online? Then read this page now because we have a lot more great content coming your way!

The ancient Egypt-themed classic slot is created and provided by Novomatic. It is played on a 5×3 field and has 10 paylines you can bet on. Book of Ra features symbols that represent its theme, such as pharaoh, scarab beetle, bird, hero, cards, and more. Book of Ra was created quite a long time ago by Novomatic and was met with an amazing response from the gaming community.

With time, the developer created several sequels to the slot which had a lot more bonuses and novel features. The original Book of Ra slot is made with great animations that make it feel so real. Gamers feel like they are living in the ancient Egyptian era.

The slot’s graphics are not as sharp as those found in the modern slots but work well for the game. They are simple but not as bad as to put off players. It has typical background sounds, for instance, if a gamer wins, the game plays arcade-like sounds reminiscent of those in land-based casinos. We found this change super cool because a gamer can feel cheered after landing winning reels.

The game is available in a demo version where you can play for free, and players also can play it for real money and win. Depending on the casino and the number of paylines, you can bet from 10p up to €50 on a single spin.

There is a lot for gamers to explore within this ancient Egyptian-themed slot. The game has many cool features and symbols that bring out the thrill. They are:

These are represented by the Book of Ra. The symbol unlocks 10 free spins that can be used to play more if you land at least three of them on the reels. This symbol is the highest paying one in this slot game and can replace any others except for the scatter. If reels 3, 4, or 5 land on a payline, the stake amounts are multiplied by 2X, 20X, or 200X.

These are special symbols and are used with other symbols. The Archeologist is the highest paying expanding symbol. When landed on 5 reels, this symbol can give up to 500X the stake amount.

Novomatic software provider aims at ensuring the game is enjoyed by as many people that can access the internet as possible. In its efforts, the gaming software provider has ensured that the slot is optimized for PCs and mobile device compatibility. Book of Ra can be played on Android and iOS devices.

Book of Ra is a slot machine game developed by Novomatic. Players play on a 5 reel and 10 payline machine. The minimum stake a gambler can make while playing for money is 10 p with all lines maxxed out or just one penny if you decide to be bet on only one payline. The maximum of €50. It offers a maximum win of 45,000 coins provided you maxxed out your bets. High-value symbols such as the wilds/scatters can lead to awesome rewards of 1,800 or 2,000 coins.

The objective of the game is to match three or more symbols on a reel, starting with the most prominent symbol that appears on each reel. These symbols can also be combined with the expanding ones that allow gamers to win up to 5,000 coins. The player can bet from 1 to 10 credits per line and win up to 200 times that amount if they line up five symbols in one spin. There are also bonus rounds that occur randomly and offer additional rewards for players who meet certain conditions during regular gameplay. These rounds trigger unlocking of the free spins, a maximum of 10 per bonus.

A wild symbol substitutes all other symbols except for scatter symbols and can potentially create multiple winning combinations when it appears on reels 2, 3, 4, and 5 at the same time. This symbol can be combined with other special symbols. After being combined, gamers win rewards of high value.

Scatter symbols do not need any connection to each other — the casino online bonus will be unlocked if they appear on the reels at all. The scatter will give out prizes as long as there are two or more scatter symbols appearing anywhere on the screen at once.

Book of Ra has an amazing RTP of 92.13% to 96%. Although the game has a lucrative RTP, its volatility is different. It has high volatility, which makes it a bit challenging to win. This is a great thing for high-rollers, though, as a big sum of money allows you to survive a winning streak.

No matter a gamer’s playing experience, they have no way of predicting the game’s outcomes. Novomatic uses a random number generator to determine the winning combinations. It gives players fair gameplay, and those that play more often have a better chance of getting the correct combinations, as Playtech online casinos do.

The slot game is available on free demo mode, where newbies and players looking to have some fun can enjoy it without investments. This version can be played on browsers without having to download it on gamers’ devices. The free demo does not require registration from gamblers to be accessed.

Book of Ra is a fantastic slot game. If you haven’t tried it yet, we highly recommend giving it a go! What are some features that make this slot so great? For starters, the spinning reel symbols on the reels are all Egyptian-themed and many people love this aesthetic. The background music creates excitement and anticipation for players as they spin their way through winning combinations.

Finally, if you get three or more scatter symbols anywhere on the screen at once, then your original bet will be multiplied up to 5x its value with no risk from the casino operator whatsoever! We hope these reasons convinced you to give the Book of Ra slots game a try today. 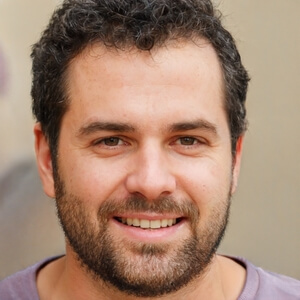 Text area has a limit of 200 characters.
We use cookies to improve your experience on our website.
More Information